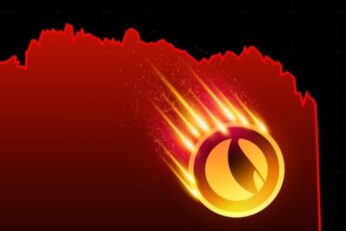 Investigators from the Seoul Southern District Prosecutors Office conducted raids on seven exchanges on Wednesday as part of an ongoing probe into the collapse of LUNA Classic and TerraUSD, two tokens designed and championed by Do Kwon’s Terraform Labs.

Major crypto exchanges like Upbit, Bithumb, and Coinone were key entities raided by prosecutors. Relevant documents and transaction records are among the properties seized by authorities, per reports. Four other exchanges were also visited by investigators as well.

As part of ongoing investigations, key developers who worked on LUNC and UST as well as former TFL employees were banned from leaving South Korea.

The crash of LUNC and UST purportedly shook the crypto market and triggered a downturn in token asset prices. As previously reported, The Luna Foundation Guard, Terra’s non-profit organization, held a considerable amount of Bitcoin prior to UST’s depeg.

Since LUNC fell below pennies and UST failed to regain its dollar peg, a new LUNA coin has launched along with a fresh blockchain. Do Kwon’s “Rebirth” proposal made this possible after proposal 1623 passed a governance vote.

The new token is available on major crypto exchanges like Binance and trades hands at $2.