Polygon (MATIC) has experienced remarkable ecosystem growth during the just concluded month of May. According to a recent report by DappRadar, the total value locked on Polygon (MATIC) grew by 1,102% from the previous month of April, closing the month of May at $5.7 billion.

Total Value Locked on Polygon (MATIC) is Now at $7.33 Billion 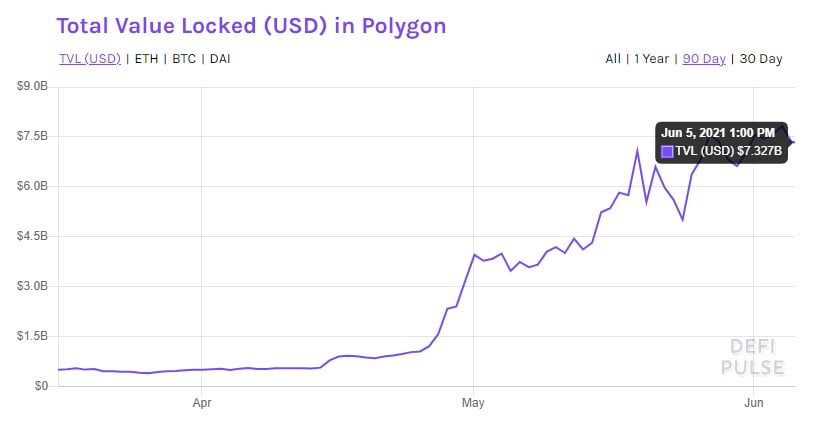 Polygon Address Activity Grew by a factor of 4x in May

Furthermore, the report by DappRadar went on to highlight that the number of unique addresses interacting with Polygon (MATIC) increased by a factor of 4x during the month of May.

There were more than 36,000 addresses interacting with Polygon in the month of May compared to 8,500 unique addresses from the previous month of April.

With respect to what fueled Polygon’s growth in the last month, the team at DappRadar provided two explanations as to why this was happening.

To begin with, Billionaire investor and Shark Tank judge, Mark Cuban, revealed that he had invested in Polygon thus causing a new wave of interest that resulted in the increment in the total value locked on the protocol.

Secondly, existing dapps on Ethereum were migrating to Polygon and new projects were opting to build directly on the more efficient protocol in terms of transaction costs and speeds.