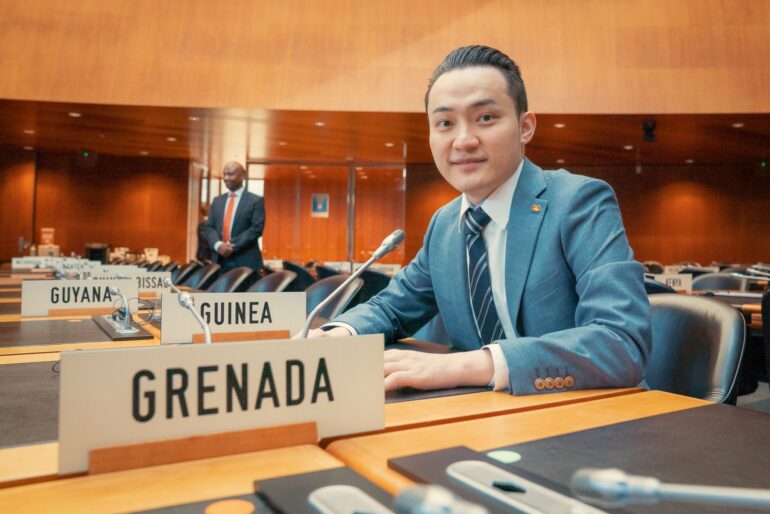 The founder and CEO of Tron, Justin Sun, has offered to set aside $10 million in the new algorithmic stablecoin of USDD to assist the smallholders of UST affected by the recent crisis surrounding the Terra blockchain.

Mr. Sun’s plan is intended to assist the 236k UST holders affected most by the crisis. He also stated that he would provide additional details of the plan very soon. He said:

I sympathize with all in this unforeseen crisis. I would like to commit $10 million USDD to the recovery of the bottom 236k UST holders. I believe this will benefit the ones affected the most and show our unity! Details to be announced soon!

Justin Sun’s $10 million pledge in USDD was in response to an earlier Tweet by Ethereum’s Vitalik Buterin where he had suggested a ‘coordinated sympathy and relief for the average UST smallholder who got told something dumb about “20% interest rates on the US dollar” by an influencer, personal responsibility and SFYL for the wealthy.’

Mr. Buterin cited the existing FDIC insurance of up to $250k per affected individual and Singapore’s Employment Law that protects low-income earners as possible blueprints of how to cushion the average UST investors affected by the depegging event.

Vitalik’s suggestions on the matter were made through the following two tweets.

The obvious precedent is FDIC insurance (up to $250k per person)

An interesting unrelated one is Singapore employment law. Stronger regulation for low-earning employees, and a more figure-it-out-yourself approach for the wealthier.

IMO things like this are good hybrid formulas. pic.twitter.com/25XkfE8UVc

The LFG Hints of a Compensation Plan Using its Bitcoin Balances

At the time of writing, the Luna Foundation Guard has stated that it is looking to use its remaining Bitcoin reserves to come up with a possible compensation plan.

Additionally, forking the Terra blockchain and taking a snapshot of transactions before the depegging event is being considered by the community. But the plan has met some resistance, particularly from the CEO of Binance, who sees erasing Terra transactions, particularly on centralized exchanges, as being almost impossible.