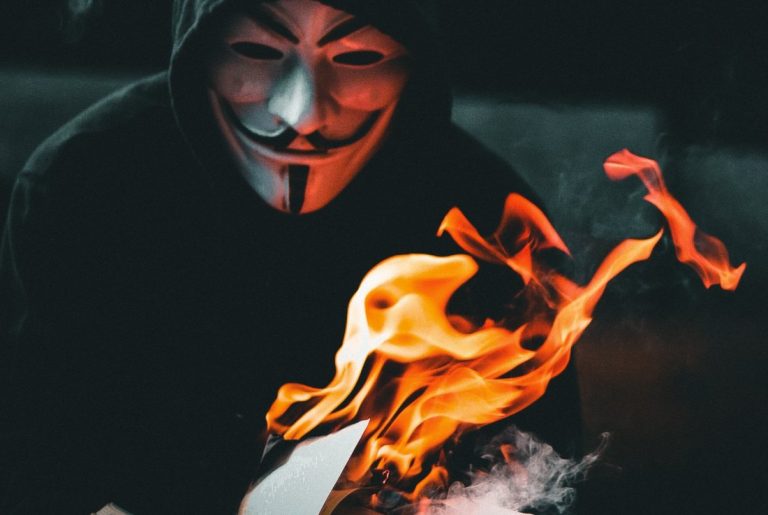 Weiss Ratings: Governments Will Use COVID19 to Push for Digital Money

With the global spread of the Coronavirus yet to be contained, one theory on how the virus is being spread is via the use of physical cash. This is due to the fact that the COVID19 virus can live on surfaces for several hours or up to several days. The resilience of the Coronavirus to survive outside a host has led many Governments to advise their citizens to avoid cash and rather use digital payment methods.

The World Health Organization further quantifies how long the virus can live on surfaces.

Studies have shown that the COVID-19 virus can survive for up to 72 hours on plastic and stainless steel, less than 4 hours on copper and less than 24 hours on cardboard.

Weiss Ratings: Governments Will Use COVID19 to Push for Digital Money

In a tweet earlier today, the team at Weiss Ratings has postulated that the narrative to avoid physical cash is part of a grand plan by governments to push for digital money.

Claims that physical paper money can help spread #Covid-19 is a convenient narrative that will no doubt be spouted by governments who wish to convince the populace that digital money is the way to go and that physical cash is a thing of the past.

One twitter user who responded to the Tweet referred to digital money as ‘the highway to hell’. 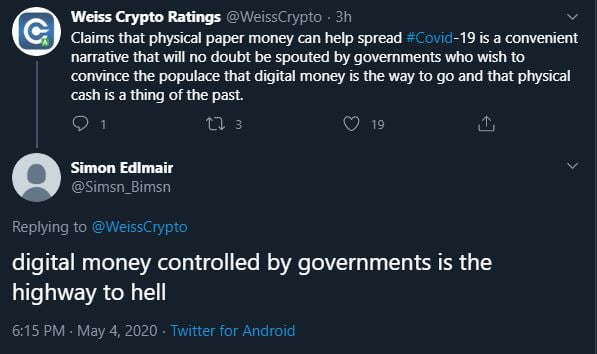 The thought of Central Banks issuing Digital currencies has been branded by many as a validation of the existence of Bitcoin (BTC) and all other cryptocurrencies. However, there is one pitfall that many have yet to see. This pitfall is the simple fact that anyone with a CBDC in their digital wallet must abide by the terms and conditions of the issuing central authority.

This, in turn, means that the issuing Central Bank has direct access to your funds and financial records. Such access is further infringing on the diminishing privacy of global citizens and could result in funds being frozen with little notice in situations such as investigations related to taxes, money laundering and terrorism. Additionally, such CBDC can be used to freeze the funds of residents seen as a threat to the government in power.