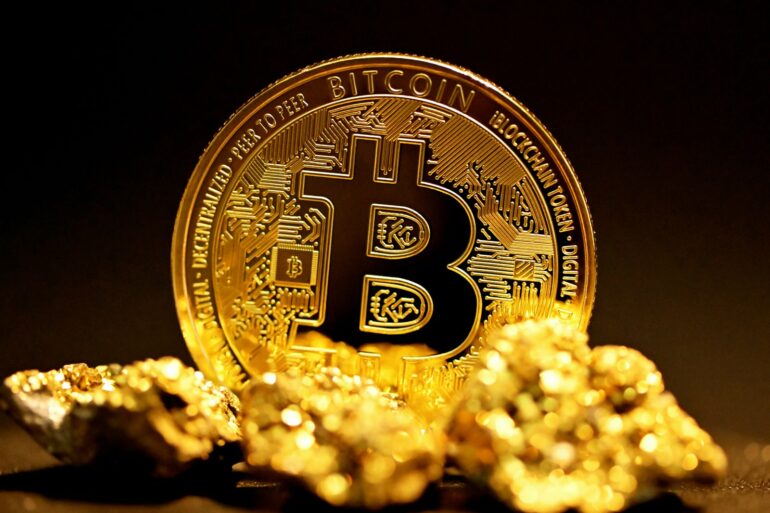 A chart by the team at JP Morgan Chase hints that Bitcoin is currently acting a lot like Gold. The chart, shared below and courtesy of the team at Fortune magazine, shows the ratio of the three-month and six-month realized volatilities of Bitcoin versus that of Gold. 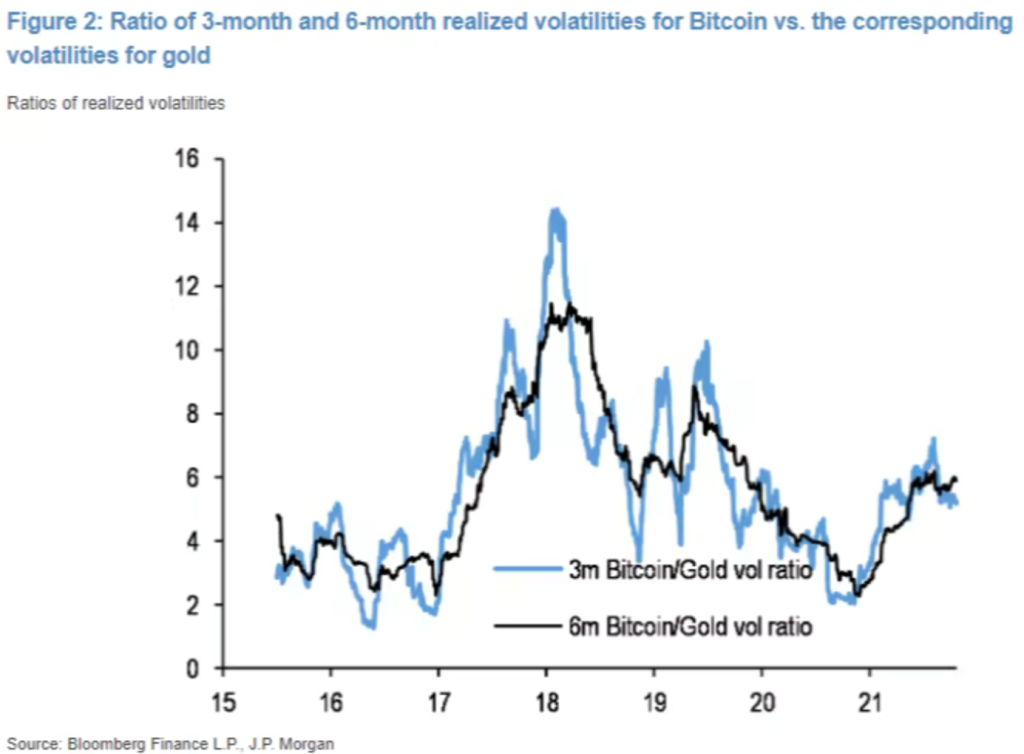 Bitcoin’s and Gold’s Market Cap could Equalize as they Serve the Same Purpose.

Furthermore, the report by the team at Fortune also forecasts that the total market cap of Bitcoin and Gold could eventually equalize as they serve the same purpose. But, the market cap of Bitcoin held by institutional investors will not increase soon till its volatility stabilizes to comfortable levels, as explained in the following statement.

…because volatility is so critical when it comes to institutional investors’ risk management, the market cap of Bitcoin held by institutions likely won’t reach gold’s level until its volatility subsides.

With respect to Bitcoin’s short-term price movement, the report by the Fortune MAgazine team hinted that BTC could fall to below $20k before the end of this year.

The potential of Bitcoin trading below $20k was also shared by Guggenheim’s Chief Investment Officer, Scott Minerd, in a Bloomberg interview at the World Economic Forum in Davos, Switzerland. During the interview, Mr. Minerd stated that he expected Bitcoin to fall to $8,000 and that the crypto market is filled with ‘a bunch of yahoos.’

According to his analysis, Bitcoin, on a fundamental level, should be worth $400,000 primarily due to the US Fed’s ‘rampant money printing.’ However, a flash to $8k might be necessary to allow for further growth. Additionally, he stated that the Bitcoin and Crypto markets have yet to pass the test as credible institutional investments. He said:

Bitcoin and any cryptocurrency at this point has not really established itself as a credible institutional investment.

Everything is suspect. No one has cracked the paradigm in crypto. We have 19,000 digital currencies … most of them are junk.