Chainlink Active Addresses Growth is 143% Higher than 3 Months Ago

The Chainlink network is growing at a fast pace compared to three months ago. This is according to the analysis by the team at Santiment which points out that the number of new daily active addresses created is 143% higher than it was three months ago.

The team at Santiment explained the rapid growth experienced by the Chainlink network via the following statement and accompanying chart.

LINK‘s network growth, which measures the amount of new daily active addresses created, continues its rapid rise. As of today, its 5,301 new addresses created is 143% higher than its 2,189 three months ago. This number nearly hit 10k five days ago. 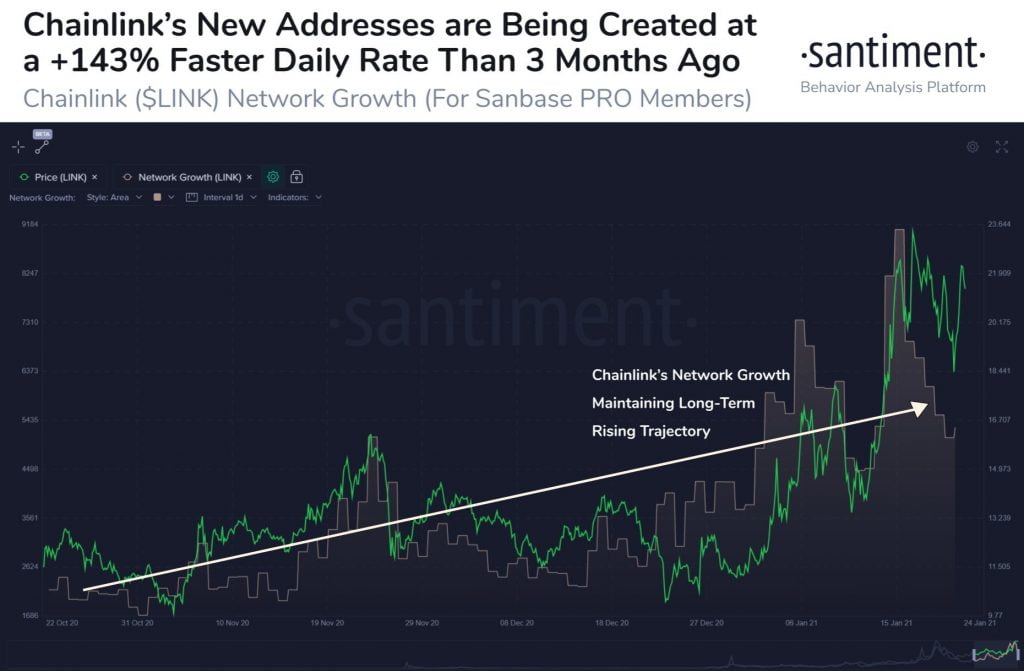 Network Growth is Linked to the Price of ChainLink (LINK)

As can be seen, by the chart above, the price of LINK is correlated with the growth of the Chainlink network. Such a relation between network growth and the price of digital assets is an exact replication of Metcalfe’s Law that has been at the backbone of the cryptoanalysis done by Timothy Peterson of Cane Island alternative advisors.

In his most recent analysis of Chainlink, Mr. Peterson has identified LINK as ‘fairly valued’ when compared to Bitcoin and Ethereum that might be exhibiting signs of entering bubble territory. He shared his analysis via the following statement and chart.

ChainLink is fairly valued. There’s a bubble in bitcoin and ethereum that is not present in LINK. 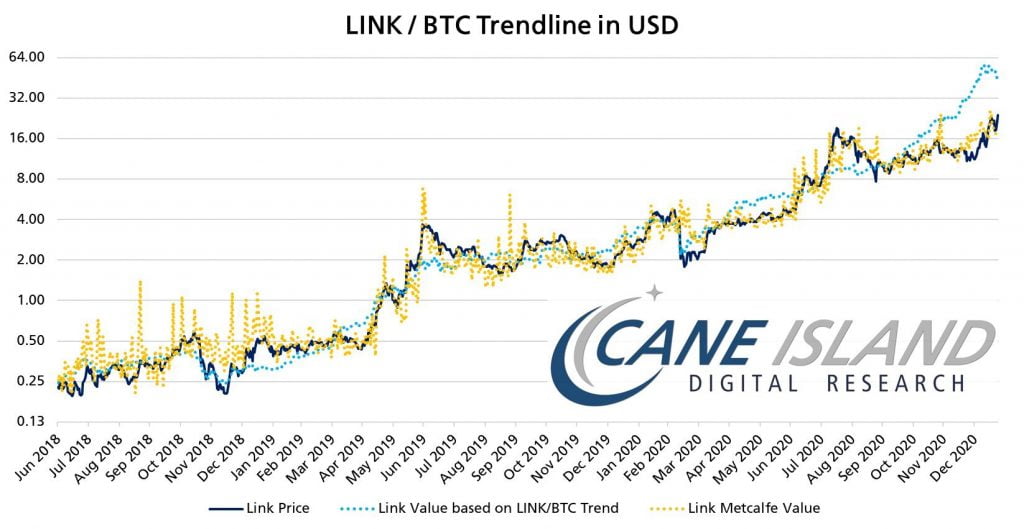 Chainlink is Yet to Top Out in the Market

Given the rapid increment of Chainlink’s daily active addresses and Mr. Peterson’s analysis of LINK, it can be concluded that the digital asset is yet to top out in the crypto markets despite rallying hard to a new all-time high of $25.50.

At the time of writing, Chainlink is trading at $24.44. Furthermore, Chainlink has considerable short-term support between the $23 – $24 price zone. If LINK maintains a level above this area, the new week could very well produce an opportunity for its price to continue moving up.

However, as with all altcoins such as Chainlink, their fate in the crypto markets is very much tied to that of Bitcoin. Therefore, Bitcoin bulls need to confidently defend the $30k support zone during today’s weekly close to provide an ideal environment for LINK to thrive.