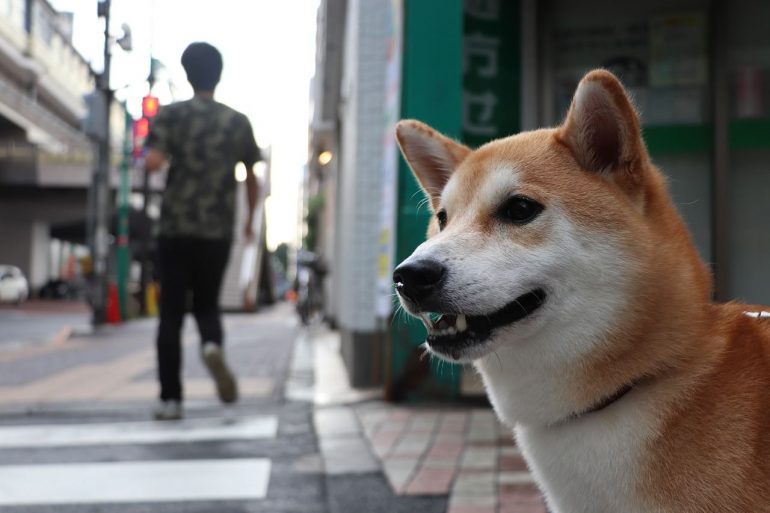 Dogecoin (DOGE) is Now On the Tron Blockchain

The popular meme-coin of Dogecoin (DOGE) is now a token on the Tron network. The CEO of Tron, Justin Sun, made the announcement on Twitter and went on to explain that Dogecoin on Tron is now supported on Poloniex, JustSwap, JustLend and Sun.io platforms.

Furthermore, users of the token will soon have the opportunity of swapping Dogecoin with USDT on the Tron Network and earning interest on their holdings.

50M Dogecoin Have Been Issued on Tron

A quick glance at Tronscan.org reveals that a total of 50 million Dogecoin tokens have been issued on the Tron network and represent the actual DOGE on a one-to-one ratio. The 50 million supply of Dogecoin on Tron can be seen in the screenshot below.

Yesterday, the Dogecoin (DOGE) community was looking forward to the CEO of Tesla, Elon Musk, hosting Saturday Night Live. Mr. Musk has on several occasions been referred to as the unofficial CEO of Dogecoin or the DOGE-Father.

Several hours before the episode, Dogecoin posted a new all-time high of $0.7376. However, DOGE soon showed signs of weakness leading up to the start of the show and went on to dump by over 30% once SNL went live.

Dogecoin’s price action before and after the show has been visualized in the chart below. 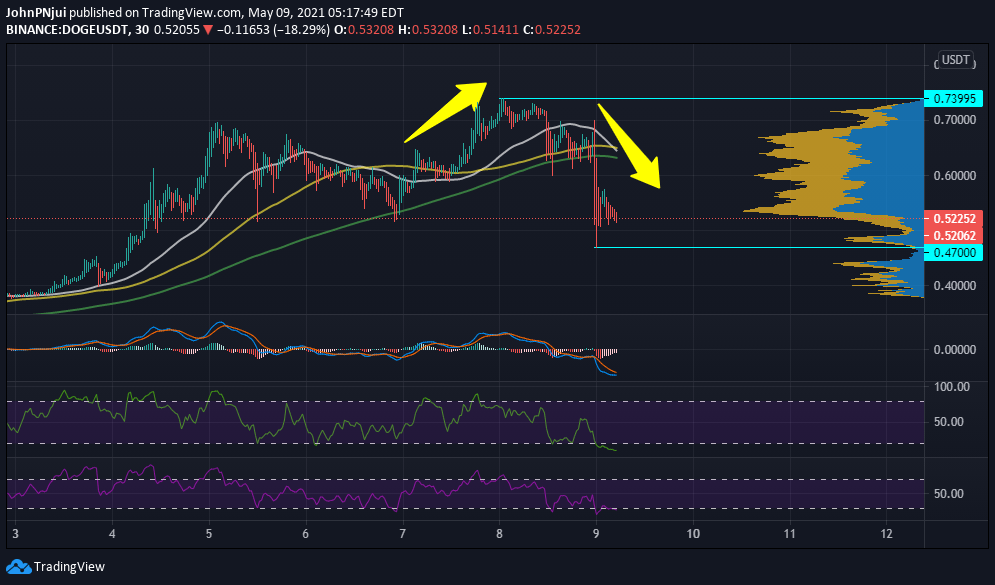 From the chart, it can be observed that Dogecoin fell to as low as $0.47 during the SNL episode. The meme-coin soon bounced hard to reclaim the $0.50 price area as support. At the time of writing, Dogecoin is trading at $0.52 and could be set for a brief period of consolidation around this price area before a definite direction, up or down, is revealed.

As with all analyses of Dogecoin, traders and investors are reminded that the DOGE markets are extremely volatile as exemplified by the dump during Elon Musk’s SNL episode. Therefore, spot markets are recommended when trading Dogecoin as risk is reduced when compared to using leverage on futures markets.