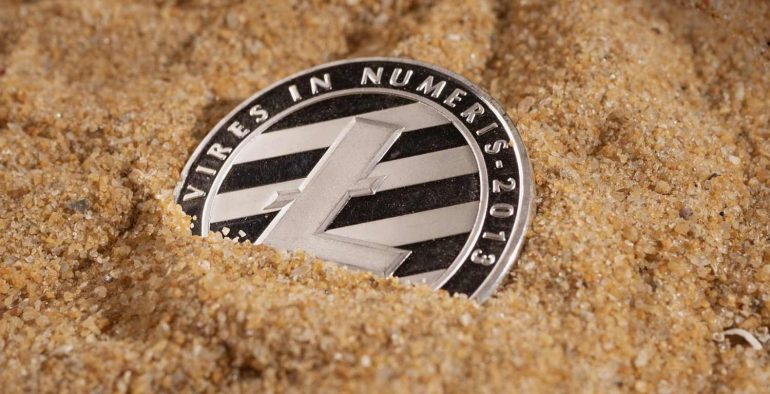 Litecoin Whales Have Increased Their Holdings by 270k LTC in July

Litecoin whales holding 1k to 100k coins have increased their holdings by 270,000 in the month of July. This is according to an analysis by the team at Santiment who shared their observation through the following chart.

Litecoin’s Active Addresses Have Grown by 47.5% in 10 Days

Additionally, the team at Santiment pointed out that the number of unique addresses interacting with the Litecoin network has grown by 47.5% in the last 10 days. This is despite the fact that Litecoin has been trading in bearish territory for the better part of the month.

Consequently, Litecoin’s on-chain metrics are bullish given the accumulation by LTC whales and the high address activity on the network.

Litecoin Breaks Away from a Descending Triangle, Aims for the 50-day MA

With respect to price action, Litecoin is currently trading at $125 after bouncing off the $100 support earlier this week. With this move, Litecoin has broken away from the grasp of a descending triangle that might have led to a journey below $100.

This descending triangle and the 50-day MA, have been highlighted in the following daily LTC/USDT chart. 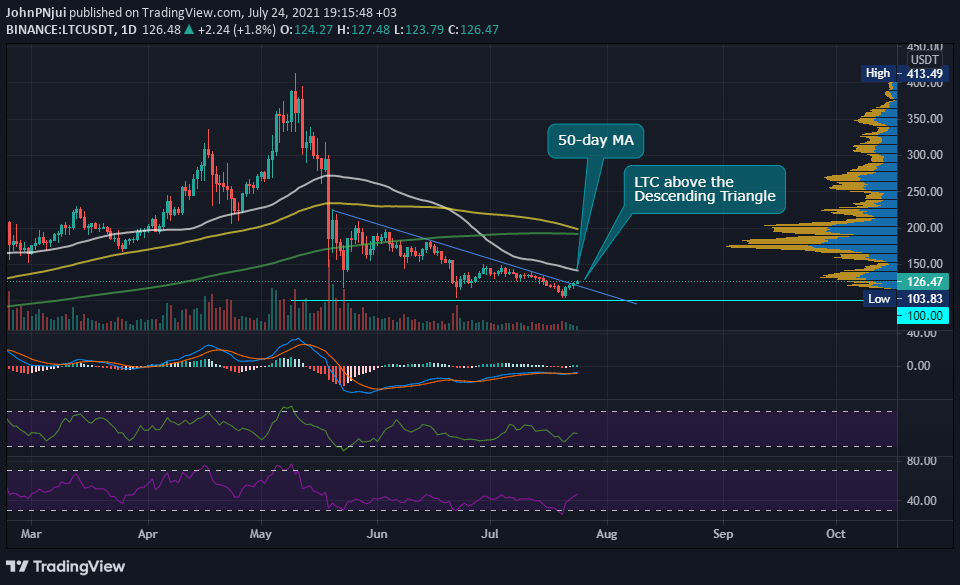 As with all analyses of altcoins such as Litecoin, traders and investors are reminded that LTC’s fate lies in the hands of Bitcoin. Therefore, Litecoin is likely to mimic any market volatility by Bitcoin. If Bitcoin reclaims the 50-day moving average, Litcoin will most likely do the same. If Bitcoin dumps back to $33k or even $32k, Litecoin will most likely reenter the descending triangle.