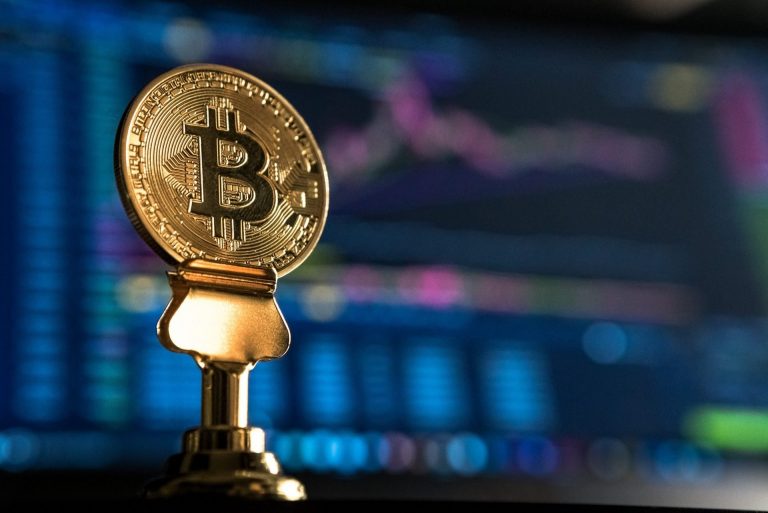 This lull has been marked by rapidly decreasing volatility, decreasing market activity, and tighter trading ranges. Hence, those analyzing Bitcoin’s price chart have come to the conclusion that the cryptocurrency is currently trading in a triangle pattern, which are often seen in markets that are consolidating and deciding in which direction to head next. Just read this definition of a “triangle” from Investopedia:

“A triangle is a chart pattern, depicted by drawing trendlines along a converging price range, that connotes a pause in the prevailing trend.”

While many have taken this triangle as mere consolidation before Bitcoin rockets higher to fresh all-time highs, a debate has been raging about whether the triangle will actually resolve to the upside rather than the downside. There have been some, in fact, that have asserted that considering historical trends, BTC is more likely to lose the bottom bound of the triangle to subsequently fall to $7,000, not break above the triangle to establish fresh year-to-date and all-time highs.

But according to a recent poll of 4,000 cryptocurrency traders on Twitter by analyst Josh Rager, a majority — just around 60% — believe that Bitcoin will break above its triangle, set to come to an apex within the next three weeks.

Bitcoin breaks out of this large compressed pattern (triangle)

Bakkt Could Do It

While each interpretation of Bitcoin’s current chart structure is unique in its own way, there has been a running theme: the apex of the triangles that analysts have drawn coincides with the (long-long-long-long-awaited) launch of Bakkt’s Bitcoin futures. As prominent industry commentator Hodlonaut recently pointed out, Bakkt’s launch occurs a few days before the two relevant lines of his triangle converge.

While there is no guarantee that the launch of the Intercontinental Exchange-backed cryptocurrency platform will be a price boon for Bitcoin, a majority of investors are leaning toward the sentiment that Bakkt will catalyze fresh capital inflows into BTC. As reported by Ethereum World News previously, analyst-DJ extraordinaire Scott “The Wolf of All Streets” Melker believes that Bakkt is “arguably the most bullish event for institutional investors in the history of Bitcoin”

Sam Doctor of Fundstrat has echoed this analysis. In a recent note, the analyst wrote that there already is a “critical mass” of institutions lining up for the product, citing discussions at a Bakkt-sponsored event. This implies that once the product finally comes to market (hopefully) in the next two weeks, the underlying Bitcoin market should see an influx of investors.