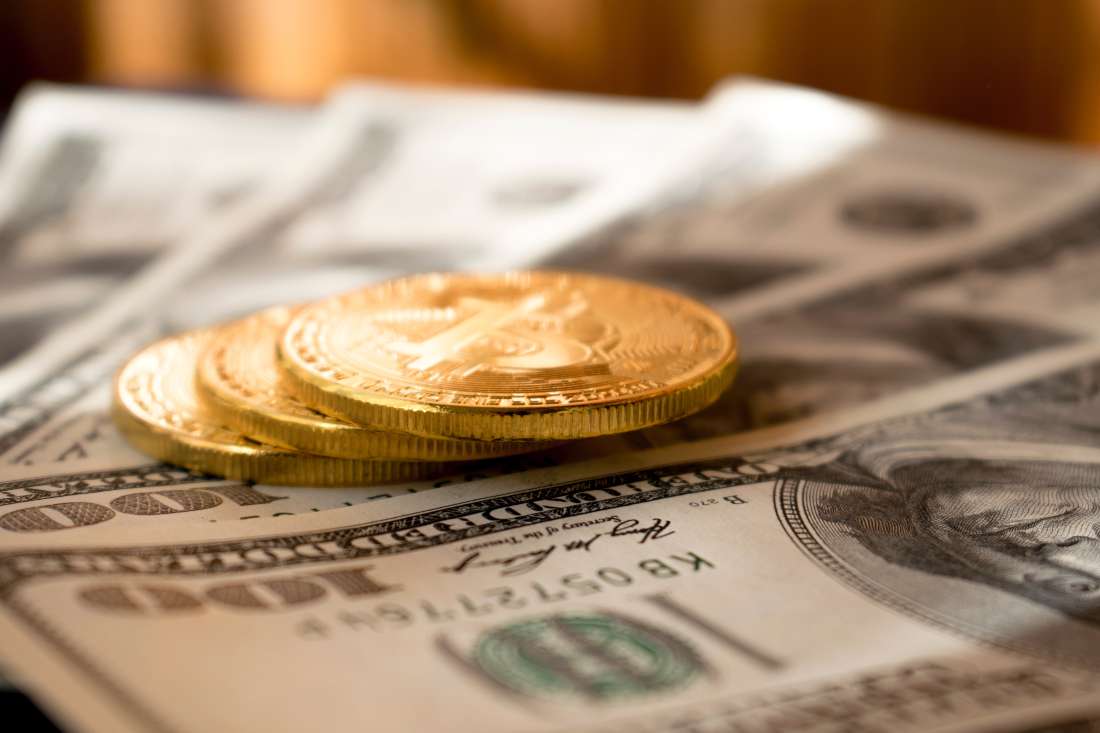 The team at Arcane research has released a report recapping the first half of 2020 in the crypto markets. The detailed report highlights the fact that 2020 has thus far been a turbulent year in all financial markets due to the global economic effects of the Coronavirus.

However, despite the global uncertainty, Bitcoin managed to outperform the stock market in the same time period.

It has been a bumpy first half of 2020 across all markets.  Nevertheless, bitcoin has managed to outperform both S&P 500 and Nasdaq, even after the brutal crash in March.  The strong recovery since mid-March has taken the BTC price all the way back to the levels from February this year.

The stock market has also recovered with an impressive momentum. Nasdaq has already surpassed its all-time high from February this year.  S&P 500 has not fully recovered after the crash and
ended the first half of 2020 down -4%.

Below is a chart from the report providing a better visual of Bitcoin’s performance in relation to the S&P 500 and the Nasdaq. 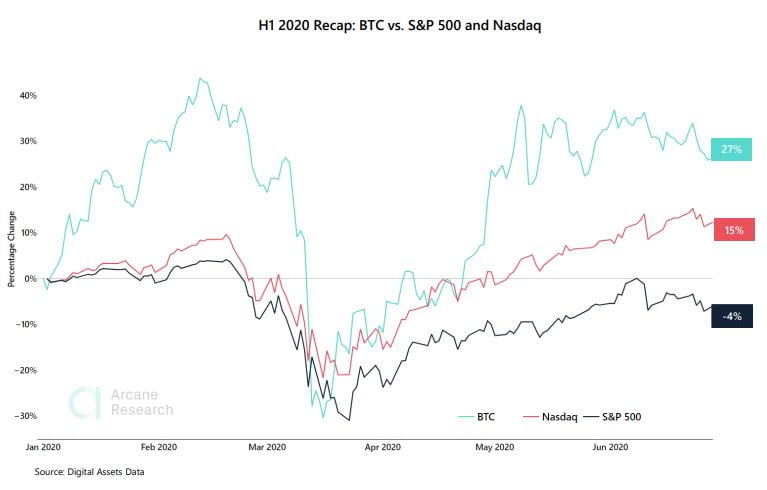 According to the report, BTC was used as a hedge against inflation rather than a safe haven asset as many crypto investors had thought. Furthermore, stocks were also used as an inflation hedge as The Fed continued to implement Quantitative easing.

Ethereum has Outperformed BTC and XRP in H1, 2020

When comparing the major cryptocurrencies of Bitcoin, Ethereum and XRP, the team concluded that Ethereum was the best performer of the bunch.

…both ETH (+75%) and BTC (+27%) recovered strongly from the crash and they have both been approaching their yearly highs in the recent months.  XRP (-9%) is a different story. The year started out strong, but following the market crash, the interest in XRP seems to have died off as XRP has disappointed.