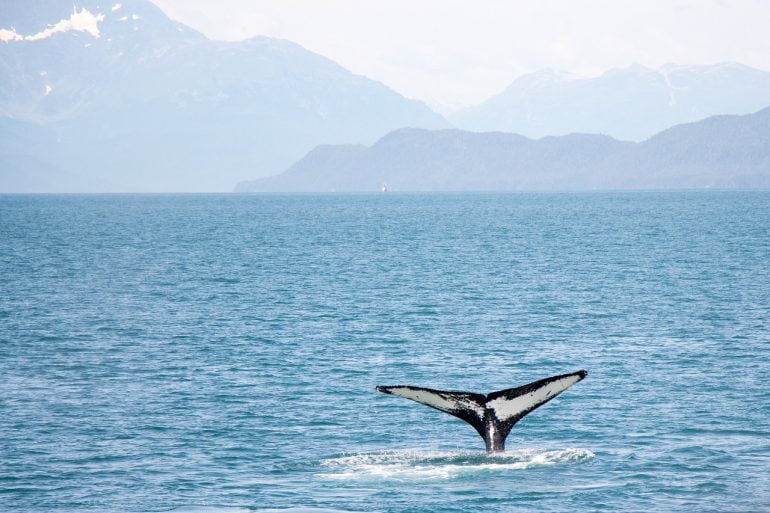 XRP whales have reduced in number as a result of Brad Garlinghouse announcing that the SEC was charging Ripple with carrying out an unregistered securities offering. According to data from the team at Santiment, large bag holders of XRP with ten million or more coins, have been shrinking since news broke of the pending case against Ripple.

The team at Santiment shared their observation via the following statement and accompanying chart demonstrating a reduction in XRP whales.

The number of small $XRP addresses being created have not skipped a beat since yesterday’s #Ripple lawsuit announcement. However, the number of larger tier addresses are shrinking, with 18 less addresses with 10M+ tokens ($490k+) since the news broke. 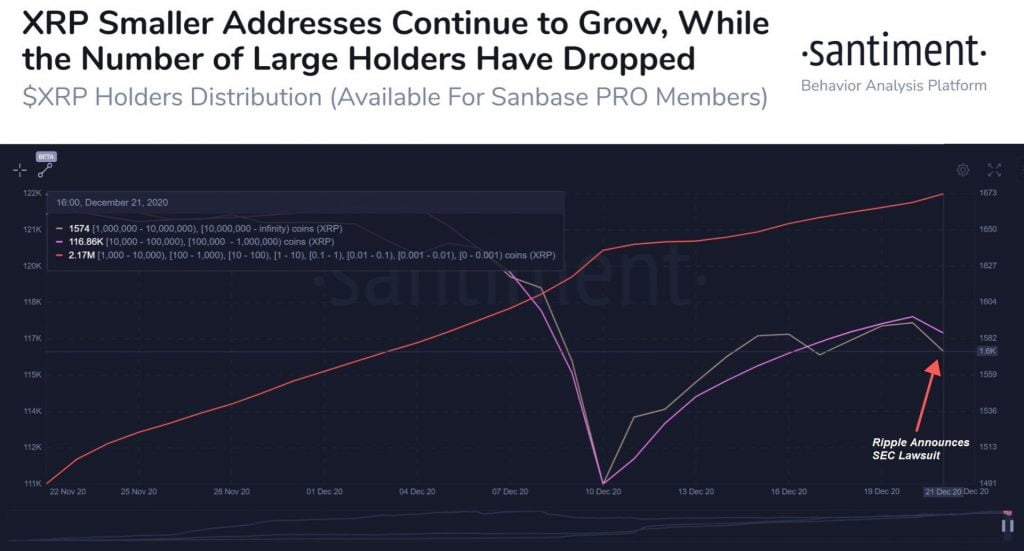 SEC Confirms the Lawsuit Against Ripple

The SEC has since confirmed that it has filed charges against Ripple and two executives – Brad Garlinghouse and Chris Larsen – for conducting a $1.3 Billion unregistered securities offering.

The Director of the SEC’s Enforcement Division, Stephanie Avakian, explained that Ripple and the two execs sold billions of XRP to retail investors without providing adequate disclosures about their core business.

We allege that Ripple, Larsen, and Garlinghouse failed to register their ongoing offer and sale of billions of XRP to retail investors, which deprived potential purchasers of adequate disclosures about XRP and Ripple’s business and other important long-standing protections that are fundamental to our robust public market system.

XRP’s Value Continues to Drop, Erasing Majority of the Gains due to the Flare Networks Snapshot

Before Brad Garlinghouse broke the news that the SEC was planning to sue Ripple, XRP was trading at $0.57. The remittance coin soon dropped to the $0.45 support zone. This support zone broke as soon as the SEC confirmed the charges against Ripple.

At the time of writing, XRP is trading at $0.37 which is a 54% drop from its recent two-year peak value of $0.80 set due to the hype surrounding the Flare Networks snapshot event. XRP is not out of the woods yet and selling could continue for the better part of the week.

In terms of macro levels of support, XRP could find a soft landing at $0.34, $0.32, $0.30, $0.28 and $0.25. However, XRP could very well keep dropping as investors focus more on the downside of the lawsuit than on the possibility of Ripple winning or settling out of court.